How To Draw Cartoons & Manga: A Beginners Journey 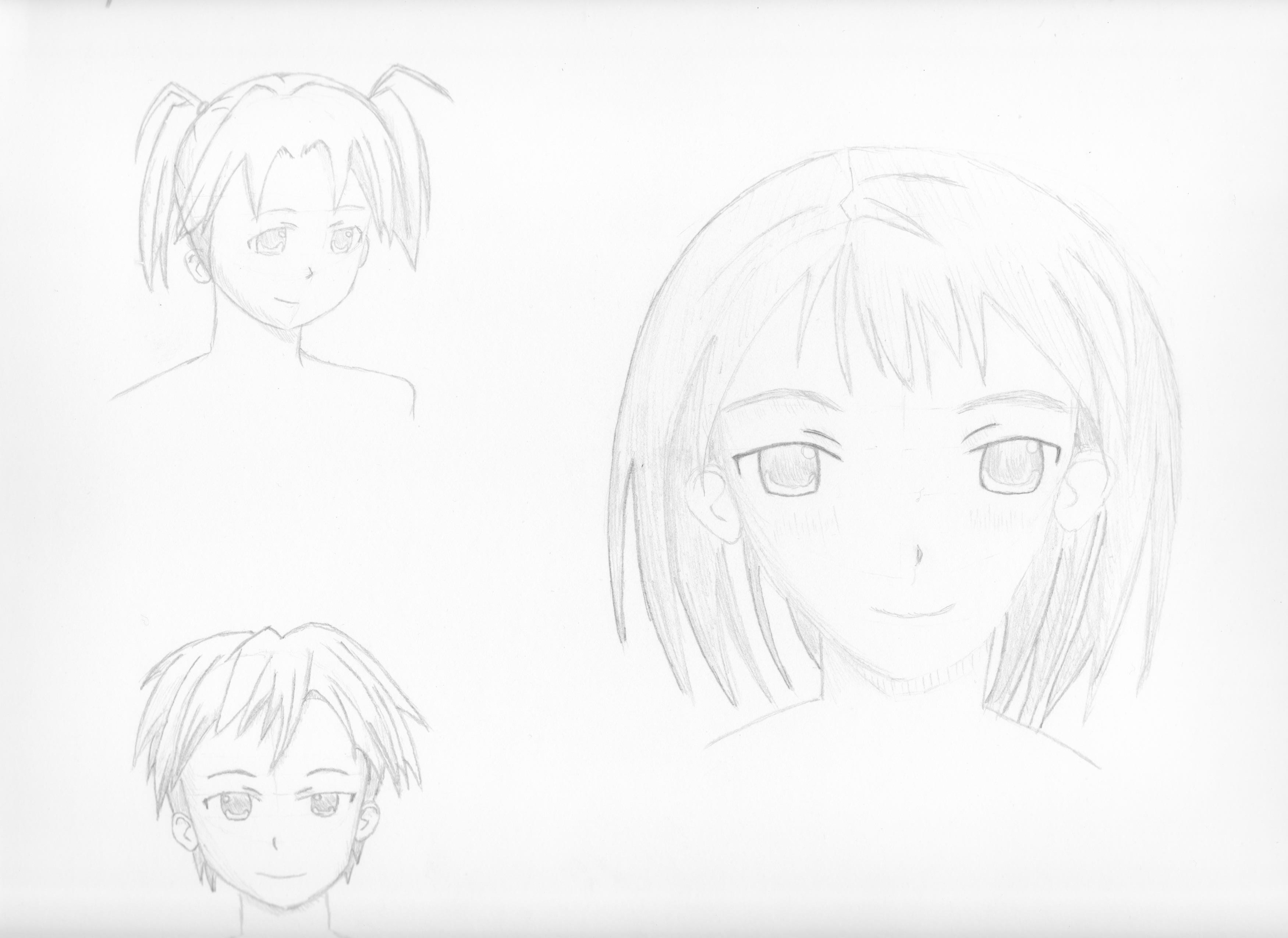 So you’d like to know how to Draw Cartoons and Manga? For starters I’m so happy to hear that because you and I will have much in common. As a recently turned 29 year old male, that seems to have never quite grown up, I’d been telling myself for years that I didn’t have the natural ability to be a cartoonist, character designer or work within the animation industry.

Having developed a passion for video games, graphics, cartoons and animation at a young age I realized that without the natural ability, as well as the advice I’d been given from many, pursuing such a career would lead to the unlikely situation where I may be unable to secure full time employment. Instead I opted for a career in IT and had originally aimed for a career in web design.

Moving to a big city the opportunities didn’t fall into my lap as I’d hoped and my career began on an IT help desk. From that day onwards I’ve moved through the corporate ranks taking numerous roles which at times I’ve enjoyed and other times have not. I find myself today working within the Information Security field protecting corporate networks from the threat of evil hackers throughout the universe. On the outside that might seem glamorous and exciting but on the inside I find the lack of creativity and the distance from my younger dreams to be a reason to change my path for the future.

So this blog will be my story and my gift to you. Maybe you’re out there in the world dreaming about creating the next Toy Story or you’re wearing a suit, working on spreadsheets, in a job that doesn’t satisfy you or you’re simply frozen in the fear of failure and what you may think to be you’re sheer inability to draw. If that’s you (I see you nod your head) then I’m here to tell you that it’s time to dust off your dreams and pull out your pencils and start doing what you love!

Let’s face it, if I can learn how to draw cartoons and manga then by gosh you guys certainly can do it too.

To prove it to you I wanted to show you where I’d come from and where I am now learning how to draw cartoons and manga for less than 4 months. 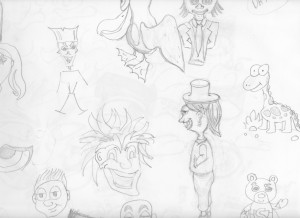 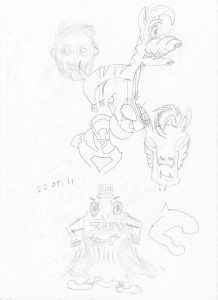 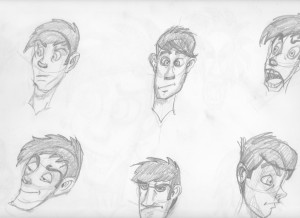 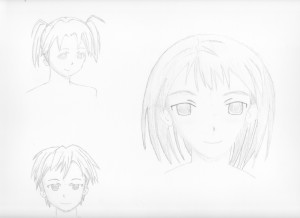 Although I’m still somewhat embarrassed to show people my work, as I realize they may find it to be amateurish or even childish at times, I’m already proud of how far I’ve come and know that with patience and practice I’ll get to where I want to be. I already see mistakes and can have a good laugh at my progression sketches shown but at the end of the day I’m proud and the fact that I can see improvements already means the next sketch will turn out better again.

It’s easy to  go by day by day thinking that you’re not improving but its only once you compare with a past snapshot that you begin to realize how far you’ve come and likely in a short period of time. You need to remember that you don’t need to compare yourself with guys that have been drawing from 10 years or more. Most of them will highlight to you that they don’t believe in natural ability and it simply comes down to how badly you want it and how much you practice your willing to put in.

I’ve also decided that I won’t be attending a school such as university or any specific art school for my education and instead have decided to focus on the power of the internet for self education. Education can be expensive and at times it might not necessarily improve your skills any more than if you had the passion to put in hard work. I will focus on books, websites, YouTube and the amazing artists that will hopefully mentor and guide me along the way.

In fact all of the above resources that were mentioned will be highlighted on my blog as well as the results and improvements I gain from studying them. I look forward to sharing these with you in the hope that we can learn together, encourage each other through failure and most importantly celebrate our future success. ToonsAnimeManga.com is only at the start of its journey so stick tight and don’t worry we’ve got some big things coming your way.

I’m so damn excited to learn how to draw cartoons and manga and I can’t wait to get to know you all more. On a final note I wanted to leave you with a comic strip produced by zenpencils.com as I’m sure any aspiring artist will understand. This is some timely advice that we can all take a moment to learn from (click here).

Finally if you want to know anything more about me then make sure you head over to my About page for everything you’ll need to know.