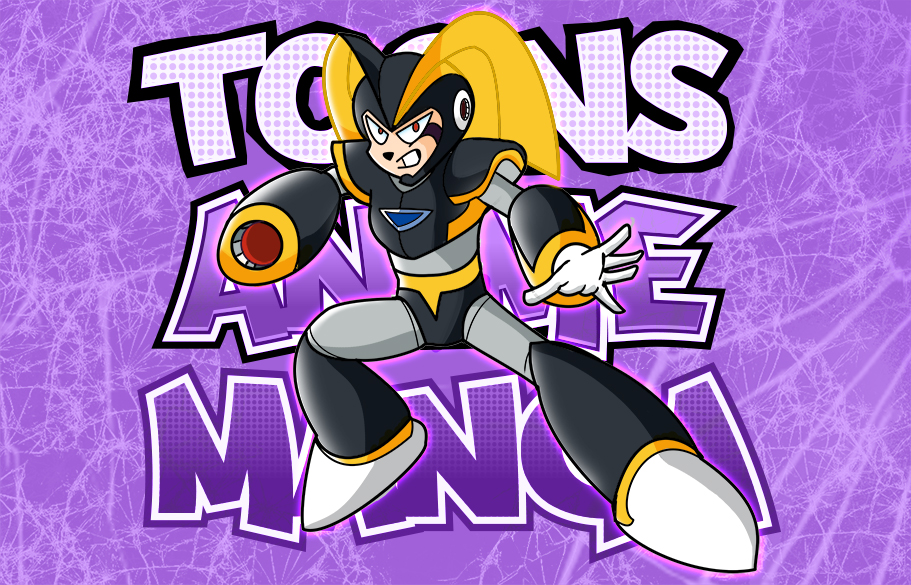 I failed this week guys, well maybe it wasn’t failure but simply that my drawing didn’t turn out the way I’d hoped, it happens to all of us right? Funny enough, I’m really happy that things didn’t go so well because it forced me to address why I wasn’t happy with my artwork. In fact, what I uncovered blew my mind, literally guys, I feel like I’m learning fast in terms of drawing cartoons. This week I started to learn to draw cartoons with a bold and strong pose, showing motion and force, instead my typical weak pose.

Honestly this makes a huge impact on your final image so we need to get this right.

What the hell am I talking about you ask? A pose is a pose right? No doubt you can create a pose that somewhat resembles you’re reference image but does it portray the action or force you’re trying to show? For example, If you’re character picks up a ball and throws it with all his strength and power directly towards the camera, how will you show that? Will your final image show the power or instead only show the action which leaves the ball feeling like it’s traveling slowly towards the camera?

Recently I’ve started to read Stan Lee’s How To Draw Comics the Marvel Way, you might have read it? To be honest when I picked this book up I didn’t love it and really the only reason for that was that it wasn’t providing me with the normal step by step guides that other books have provided. This book however is pure gold, a fantastic reference guide, and when you really try to understand the concepts it’s teaching you then you learn far more than what a step by step guide can teach you. I encourage you guys to pick up a copy of it for yourself if you haven’t already.

The pose that you place you’re character in adds personality, strength and motion which all help to portray the action and story. Stan Lee describes this, in How To Draw Comics The Marvel Way, as the difference between a “weak pose”, a “not bad” pose and the “best pose”. So I thought using my most recent drawing it would be a perfect opportunity for everyone to learn to draw cartoons with kick ass poses! What are you standing around for? Let’s get to it!

Again, I’m playing around with YouTube and understanding how I might use it in the future to improve ToonsAnimeManga.com. This is my second video and I think as my drawing skills increase so will my ability to bring you something worthwhile via the YouTube channel. What would you like to see in the videos? 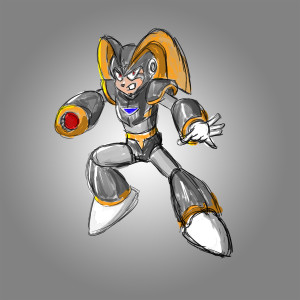 At the end of the YouTube video sketch session I was left with the featured image. Once again a very rough and sketchy drawing and the aim was to try and find the character pose and it’s perspective.

When you look at this sketch, having provided you with no associated story on the character, what kind of action sequence is he currently in? He has an aggressive look which gives his stance an aggressive feel however if you took away his face would you still feel the stance is aggressive?

What about this then, which way do you think he’s moving? He’s facing the camera but he feels like he’s hovering in the air. He’s possibly in a defensive stance while staring at his opponent and not necessarily wanting to move in to attack. A weak pose can be interpreted in different ways and this sketch highlights that, what action do you see?

Fortunately I did pick up on the weak stance in the sketch phase and I tried to fix it before I Inked the image in the next phase. Let’s see how I did.

The ‘Not Bad’ Pose 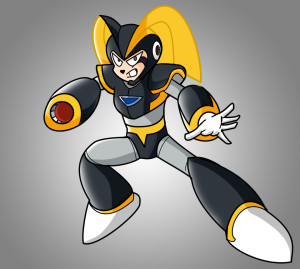 Let’s take a look at the freshly Inked image and my final image in fact but without all the decoration in the background.

So what’s changed since the sketch?

Well firstly I tried to move the right hand leg (in the image) further to the right, and make it larger, giving the impression that it’s in the foreground in comparison to the left leg (in the image). As pointed out by a following on Facebook the back leg is unfortunately still larger that the leg in the forefront which throws out the character perspective.

Secondly I made the upper chest area bigger which gave him the impression he was leaning forwards slightly. I also played around with with the left leg (in the image) to give it the impression that it was facing towards the camera and therefore more likely the character was ready to be aggressive in our direction.

Although I noticed each of these changes they were executed poorly and I still haven’t captured the action I was trying to create. That’s OK though because I’ll get that with practice the main thing is that I can see that I’ve got work to do. Let’s move on and compare this image with the reference image. 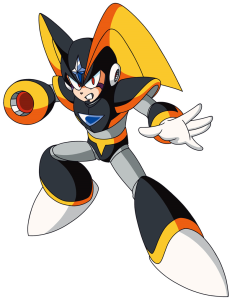 How To Draw Cartoons – Best Pose

I’ve mentioned in previous posts that, while I’m learning, I feel that drawing from reference images is a good thing. Clearly I’m learning a great deal, when comparing my drawings to the original, and it helps to highlight some areas I need to work upon. So here is the reference image, what can you notice that is different to the previous Inked version?

Firstly, the area that stands out to me is that the chest. The character is leaning further forward highlighting a far more attacking stance and indicating that the body is moving forward. Now that the chest is forward it means the left arm (in the image) can be draw further behind the chest, pulled back, again signalling that this character means business.

Finally the left leg (in the image) feels like it’s angled more towards the camera which gives the feeling that this character is ready to attack and move forward if you give him the chance.

Overall there is a huge difference in the overall character and personality that has been captured in the reference image and in comparison to my own.

So there you have it guys, learning how to draw cartoons in kickass poses takes a little bit of learning but is absolutely worthwhile. In future posts I’d like to go through how we ensure that we find the best pose within the sketch phase so that we’re happier with the final image we draw.

Share your methods below on how you create a strong pose and capture the action you want your character to show.

Now it’s time to go back and see some 8 bit graphic goodness and a showdown between MegaMan and Bass, who do you think will win? Do you remember when graphics like this would blow your mind?

[blockquote] “Now you know that I am the strongest. There’s no need for you to make any more junk robots.” – Bass, Mega Man: The Power Battle[/blockquote]