The Ultimate How To Draw Family Guy Character Guide 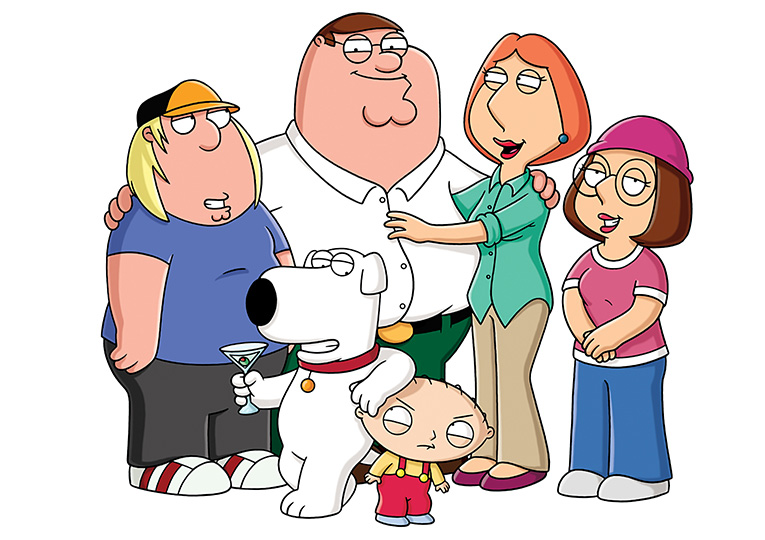 If you want to know how to draw Family Guy characters then you’ve come to right place. For the past week or more I’ve been busy learning how to draw family guy characters and posting them on my YouTube channel. I have to admit I don’t watch this show every week but in Australia it’s played fairly regularly on one of our channels.

I like it that it’s the kind of show that you don’t need to know the whole story to be able to tune into some episodes and have some laughs. From an art perspective I absolutely love the simplicity of the characters but also how big their personalities are. I think if I had created these characters at home then I would have told myself that there is no way they could be popular because of their simplicity.

It just goes to show that keeping it simple can sometimes go along way and not everything needs to look super realistic or packed with detail. If you like this series then let me know in the comments below which series of characters I should do next. At times this show can be quite vulgar and obscene and makes shows like Simpsons or Teenage Mutant Ninja Turtles look innocent even though there was such fuss about them at stages too!

So without further delay let’s take a look at how to draw the Family Guy characters and by that I specifically mean the Griffin family.

How To Draw Stewie Griffin

I would say that 9 times out of 10 anybody that is looking for a guide on how to draw Family Guy characters wants to draw Stewie first. Honestly I think for such a small character Stewie has some serious personality and I personally love him. For me it was simple, Stewie had to be the first video to be created.

How To Draw Peter Griffin

You couldn’t have a guide on how to draw Family Guy characters without the star of the show in Peter Griffin! I’m not sure how Lois puts up with him some days but they always end up in each others arms! Peter is not the most intelligent man and has many bad habits and is certainly not somebody who would

How To Draw Brian Griffin

I love Brian and he’s considered to be Peter’s best friend. It somehow hard to imagine how the two of them can be such great mates when they are so completely opposite at times. You know what they say however, opposites attract, and a dog is always mans best friend.

How To Draw Meg Griffin

Meg is the oldest of the two kids and unfortunately the butt of all family jokes at times! It’s a wonder why Meg doesn’t leave and not return with some of the treatment she receives, especially from Peter. She’s got a nerdy look to her but still packs plenty of punch in terms of personality.

How to Draw Chris Griffin

It’s safe to say that Chris is not the brightest spark in the family. When I was learning how to draw family guy characters Chris was one of the most enjoyable. He has a cool body shape and something that’s a little bit different from the rest of the family. Funny enough the area that Chris really does excel with is Drawing! Maybe he should be mentoring all of us on this page?

How to Draw Lois Griffin

As promised the video of how to Draw Lois Griffin is now available and I’m happy to say that the complete how to draw Family Guy video guide is now complete!

Now You Know How to Draw Family Guy Characters!

These guys are really simple and you should have no problems in looking at my videos and reproducing your own versions. The advice that I would give you is to focus on simple shapes at first. Don’t worry about the details of each character until you feel you’ve got the body shapes correct. Once you’re happy with the shapes then it’s going to be easy for your to draw in the details.

In the meantime make sure you keep checking back on my YouTube channel as I typically upload my videos there first. So if you want to see them as soon as they’re released then just hit the subscribe button and stay tuned for more soon!